Artificial Intelligence & Music Production: is AI the future of music?

What do you think? Does the future look brighter or darker? Do you agree with Scott “Astro” Peterson who recently stated “With A&Rs getting too expensive to pay and l 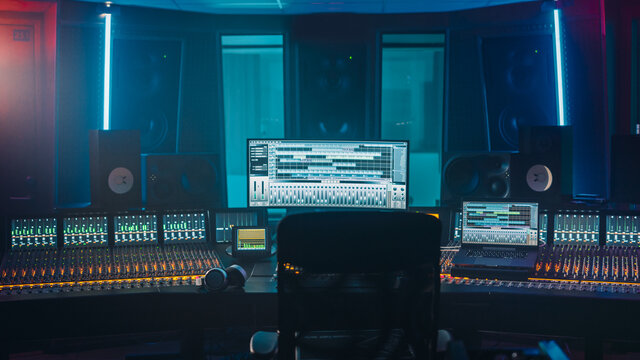 The possibilities of Artificial Intelligence (AI) seem endless. It’s predicted that AI can write articles, screen movies, and even drive our cars soon. Well guess what? The following article, excluding this short intro, is entirely written by an AI bot! So what about AI in music production? Can an AI system become the next #1 DJ in the charts? Let’s see what a writing bot has to say about AI & music from only the info we supplied here in the introduction...

What is Artificial Intelligence?

Artificial intelligence is a term used to describe a wide range of technologies that enable computers and other systems to perform tasks that usually require human intelligence, such as visual perception, speech recognition, decision-making, and language translation.

In recent years, the world of music production has been heavily transformed by AI. The first major production that integrated AI into a studio setting was 2015's DJ Shadow’s new album, The Mountain Will Fall. DJ Shadow employed A.I. to digitally add in song lyrics, manipulating the composition. "Everything in the production was A.I. tech, but you have to treat it as a human," Shadow said.

Though these cases of AI production were, on the surface, huge successes, the production techniques could not become mainstream.

The very name ‘DJ’ is closely linked to the idea of human intervention. A DJ is a person who plays music on the turntables. Since the birth of music, people have been putting their bodies into the music to create what they call ‘live music’, rather than using MIDI sounds. It’s natural that music producers are also working with new technology to make the most of what’s possible.

Back in the day, the very idea of producing music was considered too big for mere humans. Only a few producers managed to create great music. Because music requires so much effort to produce, it’s sometimes considered a human right to be able to compose the music, as well as putting it together.

MIDI is a bit of a buzzword in the music industry.

The Future of Music

Once you think about it, AI may just be the most complex instrument in the world. With the help of data analysis, AI can teach itself what it wants to play. The music production scene is already seeing the importance of AI and how it can create something unique. We’ve seen some of the musicians like a$ap Rocky who use AI in producing tracks. With great technology like this, the future of music is an interesting one indeed.

One of the most famous creators of AI music production is Next Big Sound. A few years back, Next Big Sound used the power of AI to create soundtracks for a CNN-produced docu-series. “Discovering Songwriters” was a six-part series that debuted on CNN in 2013. Although the show hasn’t been on air for years, the show’s soundtrack still gets millions of plays on Spotify.

Browse all
No items found.